What does it mean to be Christian? Reflections from a nun.

Adorers of the Blood of ChristAugust 16, 20172 Comments

“How many people continue today in a wayward life because they find no one willing to look at them in a different way, with the eyes — or better yet — with the heart of God, meaning with hope? … Jesus sees the possibility of a resurrection even in those who have made so many wrong choices….I think about so many Catholics who think they are perfect and scorn others. This is sad.” – Pope Francis 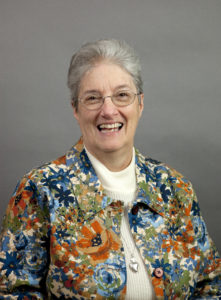 In a recent talk about hope, Pope Francis said that he was sad when he thought “about so many Catholics who think they are perfect and scorn others.”  The scribes in the New Testament, he pointed out, brought a women caught in adultery to Jesus and expected him to condemn her.  They were surprised when he didn’t.

How easy it is it for us to act like the scribes and judge others who do not “act” like we think they should or who do not “follow the rules.”  Yet if we read the Gospels, it was those who did not follow the Law — the poor, the sinners, the outcasts, and those that came to be healed on the Sabbath — that Jesus reaches out to. It is the religious leaders who believed they had the authority on morality that Jesus condemns.

When Peter was floundering in the water because he doubted, Jesus did not say, “Too bad, Peter.  That is what you get for failing to believe.”  No, rather he reached out his hand and brought Peter to the boat. We probably most often read this story and think of ourselves sinking and needing Jesus to reach out to us, but what if we turned it around. What if it was a Muslim refugee, or a transgender man, or a bag lady reaching out to you?  Would you be able to reach out your hand to them?  Would you be able to offer them the same sense of hope and new life that Jesus offers to you every time you are not perfect?

When Peter was floundering in the water because he doubted, Jesus did not say, “Too bad, Peter.  That is what you get for failing to believe.”

If Jesus wanted perfect followers he would not have chosen, Peter, the Boaster; or James and John with their ambition; or Judas, the Betrayer.  It was for these and for us that Jesus was willing to make the ultimate sacrifice and shed his Blood that we might see what it means to love unconditionally.

It is only in our vulnerability, when we can admit that we are imperfect, that Jesus can heal us.  It is then that we can truly call ourselves Christian.

2 thoughts on “What does it mean to be Christian? Reflections from a nun.”