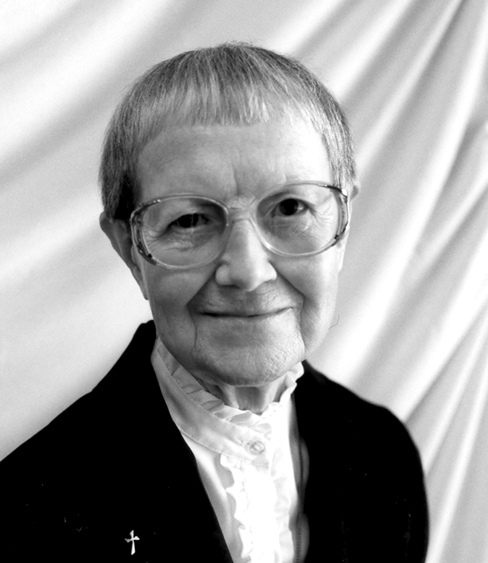 Sister Floriana Voegeli died Feb. 2, 2015 in Wichita. She was 93 and had been an Adorer of the Blood of Christ for 77 years.

She was born Feb. 5, 1921, to John and Elizabeth (Spexarth) Voegeli, the youngest girl in a family of 10 children. She was baptized Bernadine Elizabeth, the same day in St. Mark’s, Kansas.

Taught by Sister Adorers at St. Mark’s grade school and following two biological sisters who were ASC novices, Sister Floriana entered the community in 1936 while in high school at St. John’s Academy.

Following graduation, Sister Floriana trained as a nurse in Enid, OK. She worked closely with hospital patients in Marion, KS. She then studied to be a pharmacist at Creighton University, passing Oklahoma State Boards in 1962.

She has resided at Caritas Center in Wichita since 2010 due to declining health.

Preceding her in death were her parents, her sisters Agnes, Mary Ann, Josephine and Dorothy, and her brothers Leo, Wilfrid, and Wendelin. She is survived by her brothers Francis and John, a number of nieces and nephews, and her ASC community members.

The Mass of Christian Burial was celebrated Thursday, February 5, at 10:30 a.m., in the Chapel of Our Lady of the New Covenant with Fr. Tom Welk CPPS, as presider and homilist. She is buried in the Adorers’ community cemetery.

Donations in memory of Sister Floriana Voegeli may be sent to the Adorers at 4233 Sulphur Avenue, St. Louis, MO 63109. Or you can donate online today.