Liberians go to the polls today (Tuesday, Oct. 10) to elect a successor to President Ellen Johnson Sirleaf, who led the West African country out of the depths of a 14-year civil war that killed hundreds of thousands of Liberians. Five of the dead were our own U.S. Sisters, Barbara Ann Muttra, Mary Joel Kolmer, Shirley Kolmer, Agnes Mueller and Kathleen McGuire, who were killed 25 years ago this month. We sent some of our Adorer family to visit Liberia earlier this year. Here’s a remembrance of the experience from one of them. 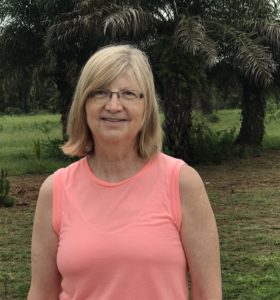 By Donna Luetters, an ASC Associate

Before my trip to Liberia this year, I tried to keep my expectations in check. I had been to Haiti and assumed, as with that trip, that I would have the experience both while in country and for weeks to come after my return home.

As the day of departure grew closer, I kept thinking about “planting seeds” while there, just as the five Adorer missionaries did before their murders 25 years ago this month in their adopted home of Liberia.

I had gone to Liberia with a handful of others in the Adorer family to remember those five women, to understand their commitment to Liberia and to appreciate the results of the seeds they planted 25 years ago.

The sisters planted seeds in education, in health care and in the lives of the people they served and befriended, many of whom we met on our pilgrimage to Liberia. 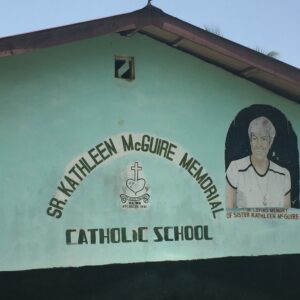 Each day, we encountered a new group of Adorer “associates,” Liberian women who follow the sisters’ spirituality and service to others. They are determined to bring hope to their people and to make a difference in Liberia’s future by planting seeds of their own, just as the five had done before them.

1 thought on “Planting Seeds in Liberia”