Adorers and the Sanctuary Movement

Last year marked the 30th anniversary of the Sanctuary Movement in the St. Louis area.  Since we Adorers declared ourselves to be sanctuary for Guatemalan and Salvadoran refugees in 1985 and supported the ministry in St. Louis with donations and people, we were asked to participate in the anniversary celebration in March that was sponsored by Interfaith Committee on Latin America. 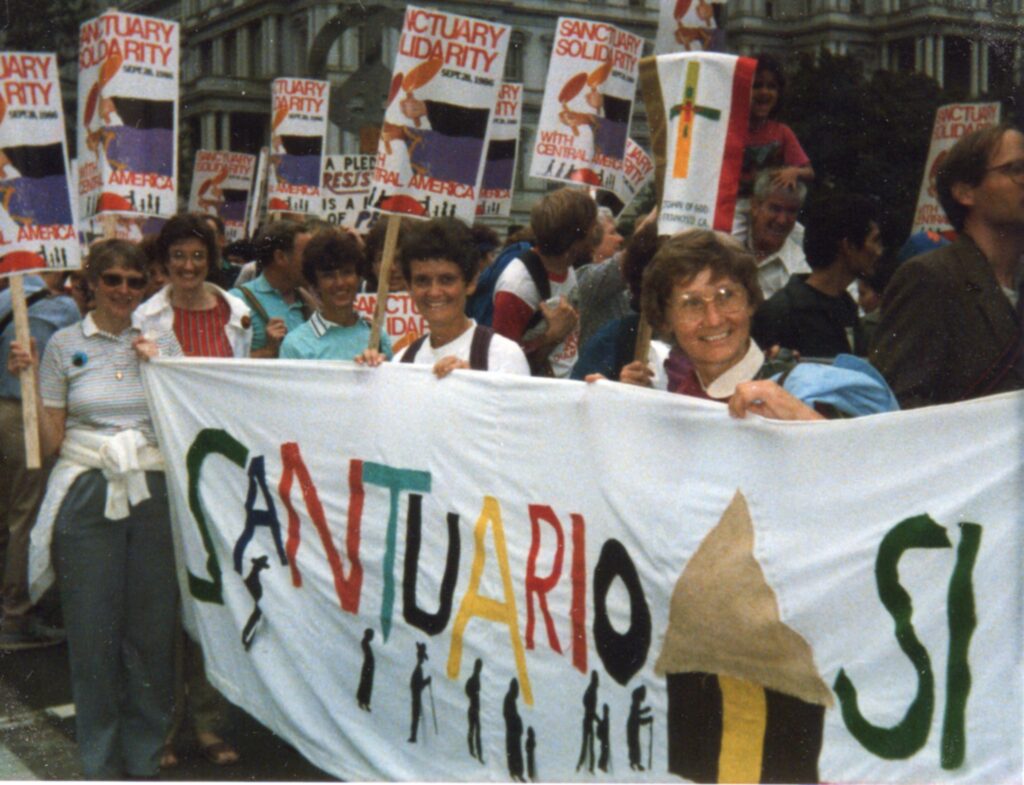 I was invited to be part of the panel of presenters who discussed how the Sanctuary Movement developed in those years. I talked about the Adorers’ year-long corporate discernment process that resulted in a strong vote of support for our declaring sanctuary.

As background, 30 years ago, St. Louisans took a risk and joined the national Sanctuary Movement, opening homes, churches and communities to families and individuals fleeing repression in Central America, often from regimes supported by the U.S. government.

They listened to their stories, accompanied them in their daily lives, arranged for medical care, and helped them move on to safety.

The detailed story of what exactly the Adorers did in the Sanctuary Movement is told in boxes and albums of photos, clippings and documents from that era in the Ruma Archives.

This year, 2015, marks the 30th anniversary of the (former) Ruma Province declaring sanctuary to Central American refugees fleeing danger in their own countries.

Sisters voted in September 1985 on the critical decision whether to publicly provide sanctuary. The vote indicated strong commitment because provision of sanctuary was “so clearly an expression of our beliefs and values,” according to the Adorers’ corporate stand.

The Adorers picked up our first Guatemalan family on Christmas 1985 and made a public declaration of Sanctuary on Jan. 19, 1986. From 1986 to 1992, Adorers welcomed 11 Guatemalans into sanctuary. We accompanied 10 to Canada where they got political asylum. Just one, a young man, eventually became a U.S. citizen in 2004.