Sister Ann “Anitawa” Fearday, ASC is celebrating big mile-markers this year: her 70th birthday in June and her 50th Jubilee as an Adorer of the Blood of Christ in July.

She has spent more than half of her life as a missionary in Bolivia, Guatemala and Puerto Rico – in roles as varied as accompanying threatened indigenous people and bringing pastoral services via boat to people along the Amazon.

We visited with her recently to learn more about her fascinating life and ministry. 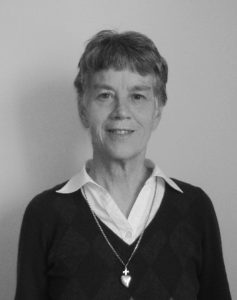 What influenced your decision to become a vowed member of a religious community, and specifically, the Adorers?

Sister Ann: I wanted to do something worthwhile with my life. I considered joining Peace Corps or Papal Volunteers, both of which were popular international volunteer organizations at the time. I thought that if I lived with others who had the same vision, I’d be more likely to follow through with my vocation. Since a friend of mine was going to Ruma at this time, I thought I’d check out the Adorers of the Blood of Christ. I liked that the motherhouse was in the country, so the second time I went to Ruma, I came with my suitcase.

You are the middle child in a family of nine children.  What did you take away from being part of such a large family, and did that have a role in your decision to become a Sister?

Sister Ann: Being a middle child in a family of nine and living on a farm 5 miles southeast of Teutopolis, Ill., left its mark on my life. I learned to take responsibility early in my life and become resourceful. I went to a one-room schoolhouse with my brothers for the first three years of grammar school and I guess it was something like life with the Ingalls family of “Little House on the Prairie.”

With the exception of a few years teaching at a grade school in Columbia, Ill., your ministry has been in Puerto Rico, Guatemala and Bolivia. What attracted you to these places?

Sister Ann: When I entered the convent, I thought about becoming a missionary. While at Saint Louis University, I heard about an exchange program with Javeriana University in Bogota, Colombia, and participated for three months. I thought that an experience outside the country would help me discern if this was really what God had in mind for me. During my three months there, I saw for the first time in my life how the very poor live, as well as the rich. I knew that God wanted me to be a bridge between people of differences.

Describe your work with Witness for Peace in Guatemala in 1991-92, in the final years of that country’s protracted civil war. What was your work there? And what was the country like in those days?

Sister Ann: Those were tense years in Guatemala. I was a part of the Witness for Peace program, accompanying people who were threatened with death. Unfortunately, when a Guatemalan peasant is killed, it does not make headlines, but when a US missionary becomes a victim, it makes the news big-time. I lived and worked mostly with Tz’utujil indigenous in Santiago Atitlan.

In the 1980s, you served on an Amazon River Boat Team in Bolivia. That sounds like quite an adventure!  What was that like, and what was your work?

Sister Ann: Yes, I had only planned to work a year as a member of the rural pastoral team in the Amazon part of Bolivia, but ended up staying for five. There are about 22 navigable rivers and some 400 communities in the deep jungle, so we visited most of them by boat. Most people made their living off the rubber and Brazil nuts. We would often be on a river for several weeks to a month at a time. The communities only had the Eucharist when a priest came a couple times a year, so we prepared people to become religious leaders and it was they who would lead a weekly prayer service and keep alive the faith in their communities. I personally worked more with the women since they had fewer opportunities to develop and machismo was a dominant part of their life.

You’ve spent the bulk of your ministry in Bolivia. What have the Bolivians taught you about life, about God, about yourself?

Sister Ann: I have lived in Bolivia for about 40 years, more years than I have lived in the States. It feels like home and the people, my family. In general, Bolivians are more vulnerable and trust in God more than in things. They have taught me to be grateful for what I have and not take anything for granted. Their fun-loving spirit makes them easy to be around. They have almost a natural sense of community, so God is mediated through others. Church is not so much a building, as a family. The Bolivians are still teaching me new things. Flexibility, creativity and trust are close to the top of the list.

If you could step back in time with the wisdom you’ve acquired over the last 70 years, what would you tell your younger self about taking risks, and/or trusting that things will work out in the end?

Sister Ann: I would say, “Don’t be afraid to take risks.” God is with you and will see you through whatever comes. God’s faithfulness knows no bounds.”  I have known malaria and hepatitis – at the same time and nearly died from them – typhoid five times, extreme cold and heat, poverty and riches, and nothing can separate me from the love of God, not even death, or returning to the States.

Would it be difficult at this point to return to the U.S.?

Sister Ann: Yes, I guess (it) would be a small death.

Read more about this year’s jubilarians >>

1 thought on “Q&A with Ann Fearday”