These Women Have Seen a Great Light 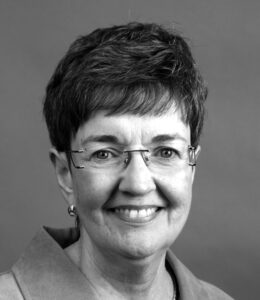 December has given me occasions to celebrate three young immigrant women (H, E & T) born anew in spite of hostile circumstances that could have crushed their spirits and blown apart their dreams.

The journey to “no room”: All three were former clients of the Immigration Law Program at Legal Services of Eastern Missouri, where I work. I was fortunate to be assigned to help the attorney represent them and help them become lawful permanent residents. They needed a legal advocate because each was married to a U.S. citizen who pursued her, proclaimed his love for her during a courtship and marriage ceremony, and then physically and/or emotionally battered her once she was under his control and far from the safety and support of her family.

Cheering angels: I helped them tell their stories of torment to agents of US Citizenship and Immigration Services (USCIS). I referred them to professional therapists. The therapists and I listened with compassion. The three bravely recounted the details of beatings, being held hostage, being belittled and cursed and being threatened with losing their children to an abusive father. The therapists and I were the angels who reminded each woman that God had not abandoned her, that, indeed, God found her to be full of grace. We cheered each woman through the lengthy process of preparing and filing her self-petition for an immigrant visa as the abused spouse of a US citizen. When USCIS sent word of their approval and the women had their “green cards” in hand, we danced and hugged. I seem to recall hearing angels singing.

Dreams Realized: H invited me to dinner two weeks ago to tell me (in much-improved English) about her visit with her family in Jordan, her new job at a Montessori school and her plans to continue her education.

E invited me to her graduation from nursing school last week. She has been pursuing her RN since 2008, through training as a certified nurse assistant, English classes, general studies courses and then the nursing courses. She already has completed some courses for her bachelor’s degree in nursing from the University of Missouri, St. Louis. Throughout her schooling, E has worked part-time to support herself.

While I was among the crowd hugging E, T greeted me by name and hugged me. It took me a minute to recognize her. Once upon a time, her husband had so broken her spirit that she was afraid to cross the street. Now she was a poised and confident woman who works full-time to support herself and her daughter. She was radiant. Once she saw that I really knew who she was, she wanted another hug, a bigger and better one.

“The people who walked in darkness have seen a great light.” And each woman recognizes that the Light of God’s Spirit is within her as well as enfolding her. I soaked up their lights and their gratitude and beamed with joy at their re-births.

1 thought on “These Women Have Seen a Great Light”