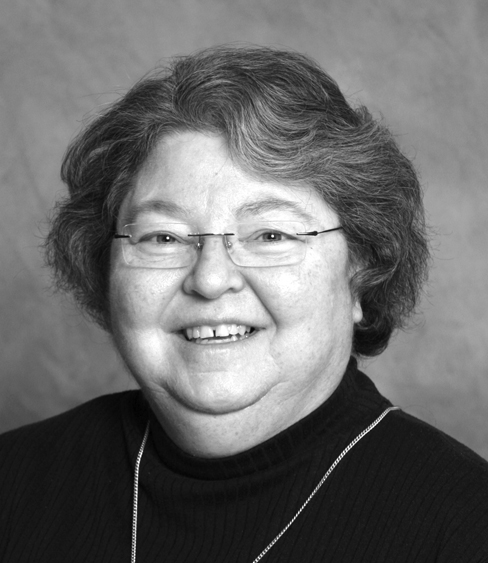 Born Linda Mae on May 28, 1949, in Fairfield, Iowa, the second child of Gayle and Lelia (Ensminger) Ranard, she was drawn to the religious life while working with sisters in Kentucky. Several years later she converted to Catholicism.

She graduated from Roosevelt High School in Fairfield and attended Iowa State University in Ames for almost 2 years. She moved to Pennsylvania where she met the Adorers. She entered the community and pronounced first vows on June 20, 1976 and final vows five years later. She earned her bachelor’s degree in business administration in 1981 from Millersville University, Millersville, Pa., and her master’s in community psychology in 1998 from Pennsylvania State University in Harrisburg, Pa. She also attended St. Joseph Hospital School of Nursing in Reading, Pa., and was working on a doctorate in pastoral community counseling when she became ill.

Sister Linda Anne taught 6th to 8th grade at Catholic schools in Illinois, Georgia, Missouri and Pennsylvania. During most of her ministries, she also served as organist and planner of liturgies.

She served a term as treasurer of her religious community. She was the assistant director of the Maryhill Renewal Center in Pineville, La., and later the executive director of the Kuumba Center Retreat House in Alexandria, La. She served on the Board of Directors of a Baptist church in Alexandria where she worked to make health services more available to the residents of the county. She was also a poet whose knowledge and love for others found expression in her poems.

She was preceded in death by her parents. She is survived by her brother Robert (Gwee Sook) Ranard and her sister Deborah (Doug) Miller.

Her body will be returned to St. Anne’s Retirement Community in Columbia, Pa. A rosary and wake service will begin at 9:30 a.m. Thursday, Dec. 31, 2015, followed by the Mass of the Resurrection at 11.  Fr. Ernie Krantz, CPPS, will preside. Burial in the community cemetery will follow.

A memorial service will be held later at the Ruma Center where she died.

Donations in memory of Sr. Linda Anne may be made online by clicking here or by sending them to Adorers of the Blood of Christ, U.S. Region Mission Center, 4233 Sulphur Ave., St. Louis, MO 63109

Donations in memory of Sister Linda Anne Ranard may be sent to the Adorers at 4233 Sulphur Avenue, St. Louis, MO 63109. Or you can donate online today.