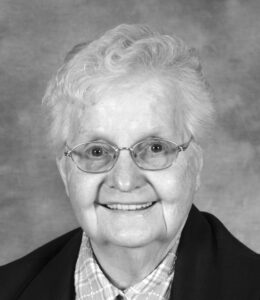 She was the second of nine children born to Croatian immigrants Milan and Mary (Pecar) Mulac. She grew up in McKeesport, Pa., where she attended Sacred Heart of Jesus Croatian Parish and School.

She earned a bachelor’s and master’s degree in education from Duquesne University in Pittsburgh.

She taught from 1944 to 1977 at elementary schools in Chicago; Albany, Ga.; Niles, Ohio; Kinston, N.C.; and the Pennsylvania towns of Enhaut, Johnstown, Middletown, and Steelton. At some of the schools, she served as principal.

She also served her community of sisters as a provincial councilor and coordinator of ministries from 1977 to 1983, offering them support and encouragement. She worked to empower young sisters, encouraging them to look to the future, accept leadership roles and trust their gifts.

When Vietnamese refugees settled in Indiantown Gap, Pa., she coordinated groups of sisters to teach them English and care for their other needs.  She was the impetus behind a parish “adopting” a Vietnamese family, who kept in touch with her over the years. She also organized efforts to help flood victims in Johnstown, Pa.

She also was instrumental in starting St. Anne’s Village, part of St. Anne’s Retirement Community, a ministry that the Adorers sponsor in Columbia, Pa. 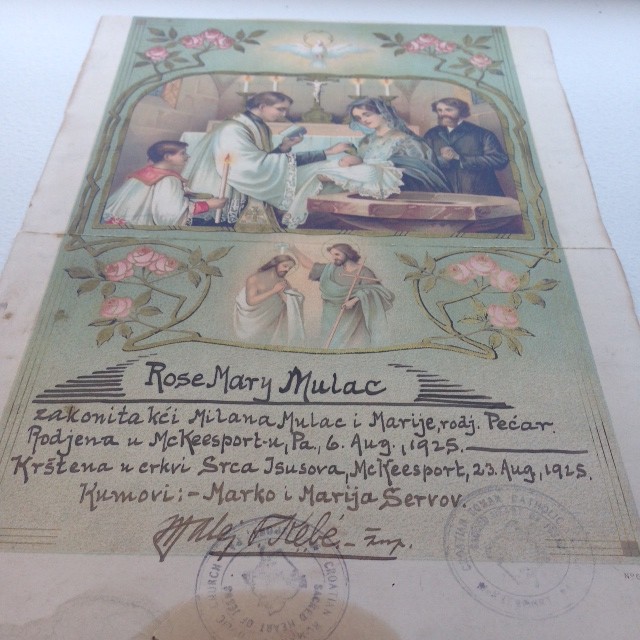 She was preceded in death by her parents and her siblings John, George, Mark and Anthony. She is survived by her siblings Anna Mae Werber, Joseph, Milan and Bernadette DiAntonio, and her brother-in-law, nieces and nephews.

She was buried July 27 at the Adorers’ community cemetery in Columbia, Pa., following a prayer service and funeral Mass in the chapel at St. Anne’s Retirement Community.

Memorials in her honor can be made online by clicking here or by sending them to the Adorers of the Blood of Christ, U.S. Region Mission Center, 4233 Sulphur Ave., St. Louis, Mo., 63109.

Donations in memory of Sister Rosemary Mulac may be sent to the Adorers at 4233 Sulphur Avenue, St. Louis, MO 63109. Or you can donate online today.